«The Good and the Bad Pirates»
(2011)
Illustrated by Iris Samartzi
Published by Papadopoulos
This book is for pirateologists
and you will find in it
what the Good and the Bad pirates say
whenever their boats meet!
Text from the IJB WHITE RAVENS listing 2012:
"During a fierce attack, a rabble of blood-thirsty, roaring, rampaging pirates comes up against a curious opponent: a cheerful, good-natured pirate troupe, which stoically ignores every provocation and threat and counters these with invitations to dine together, share funny stories, or cosy up making arts and crafts. Utterly disarmed, bewildered, and totally in despair, the attackers decide to take part in a shared feast. Boisterous merry-making, roaring laughter, and music-making ensues. The illustrations underscore the message of this intelligent text in clever and lively ways. With a humorous touch, the book makes a case against violence by guiding the gaze from one-dimensional thinking and polarisation towards tolerance and humanity." 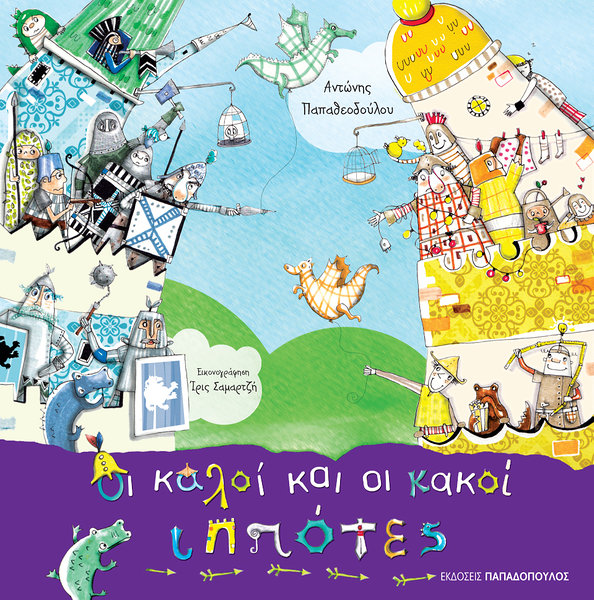 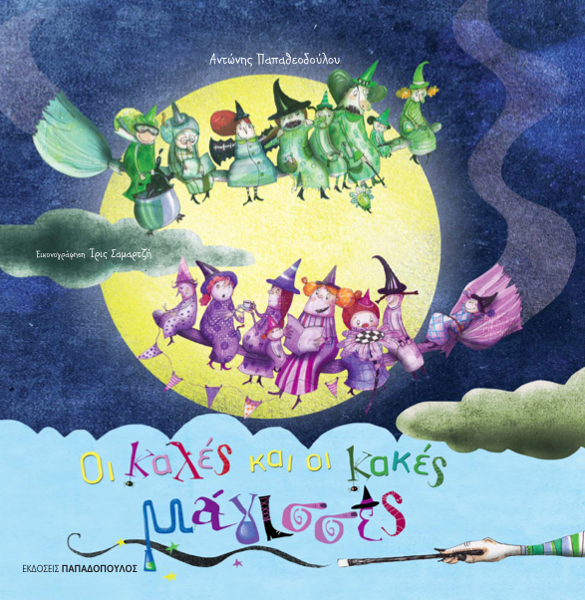 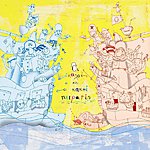 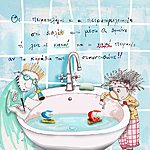 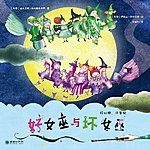 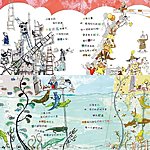 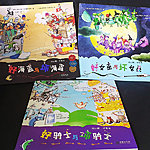